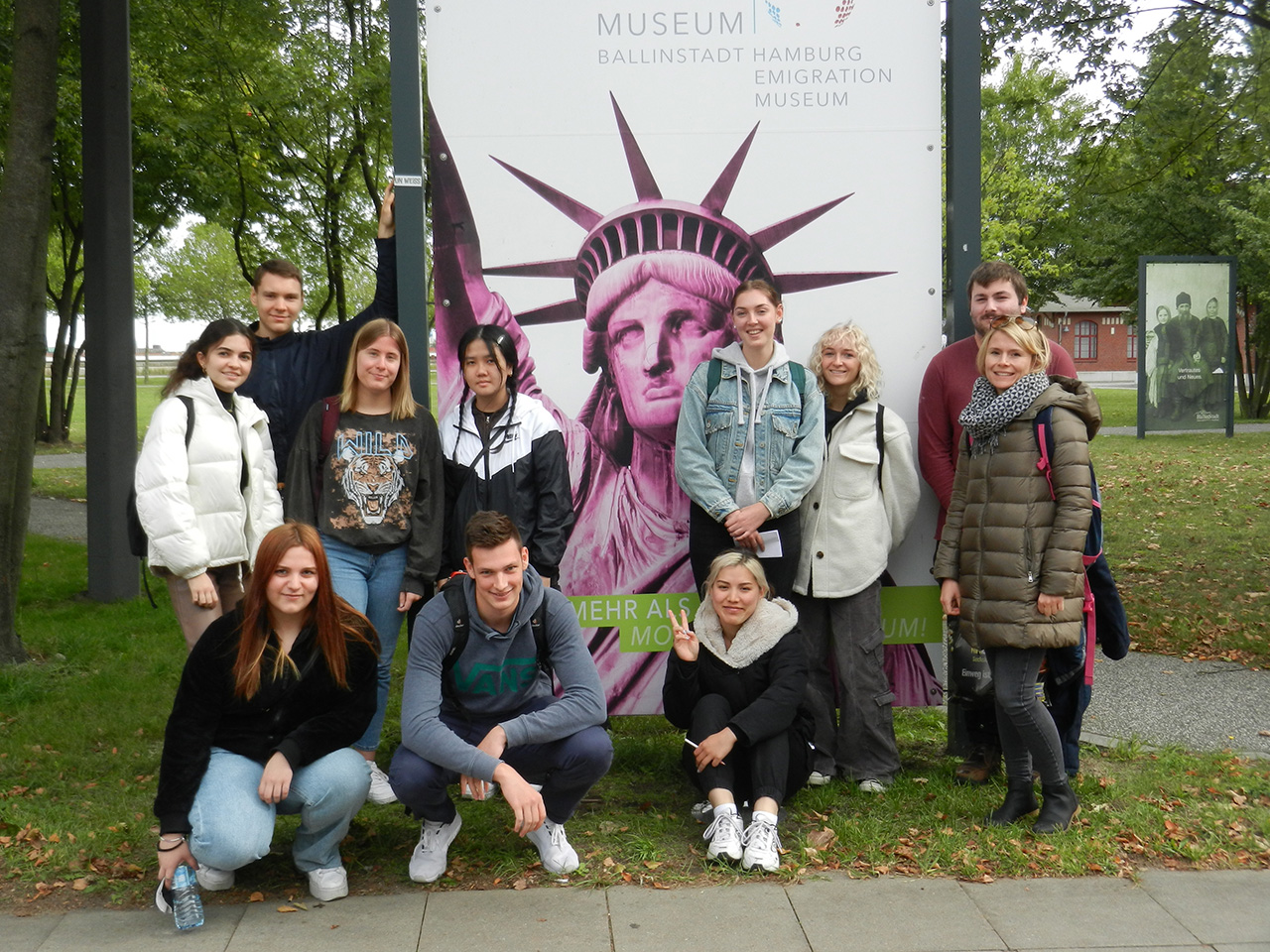 This quote in mind, but of course not to be taken literally, on the 21st of September 2022, our journey to the North Sea began.

Everyone met each other in the morning of that cold Wednesday at Schweinfurt main train station. It was almost late in the afternoon when we arrived at the Youth Hostel in Otterndorf, with only one km distance to the sea. At the same day, we had the great chance to witness the beautiful sunset on the beach. Meanwhile some exercises about paying attention to our facial expression during a presentation or in general were practiced.

The second day of our study-trip started with a great visit to the German Emigration Center in Bremerhaven. Each different exhibition room in the house displayed the real situation of the emigrants at that time. From waiting for the farewell in 1888 to the living on the ships, while crossing and the arrival in the destination country months later. The German Emigration House includes big salons of biographies of over 7 million emigrants with different origin, gender, and religion. 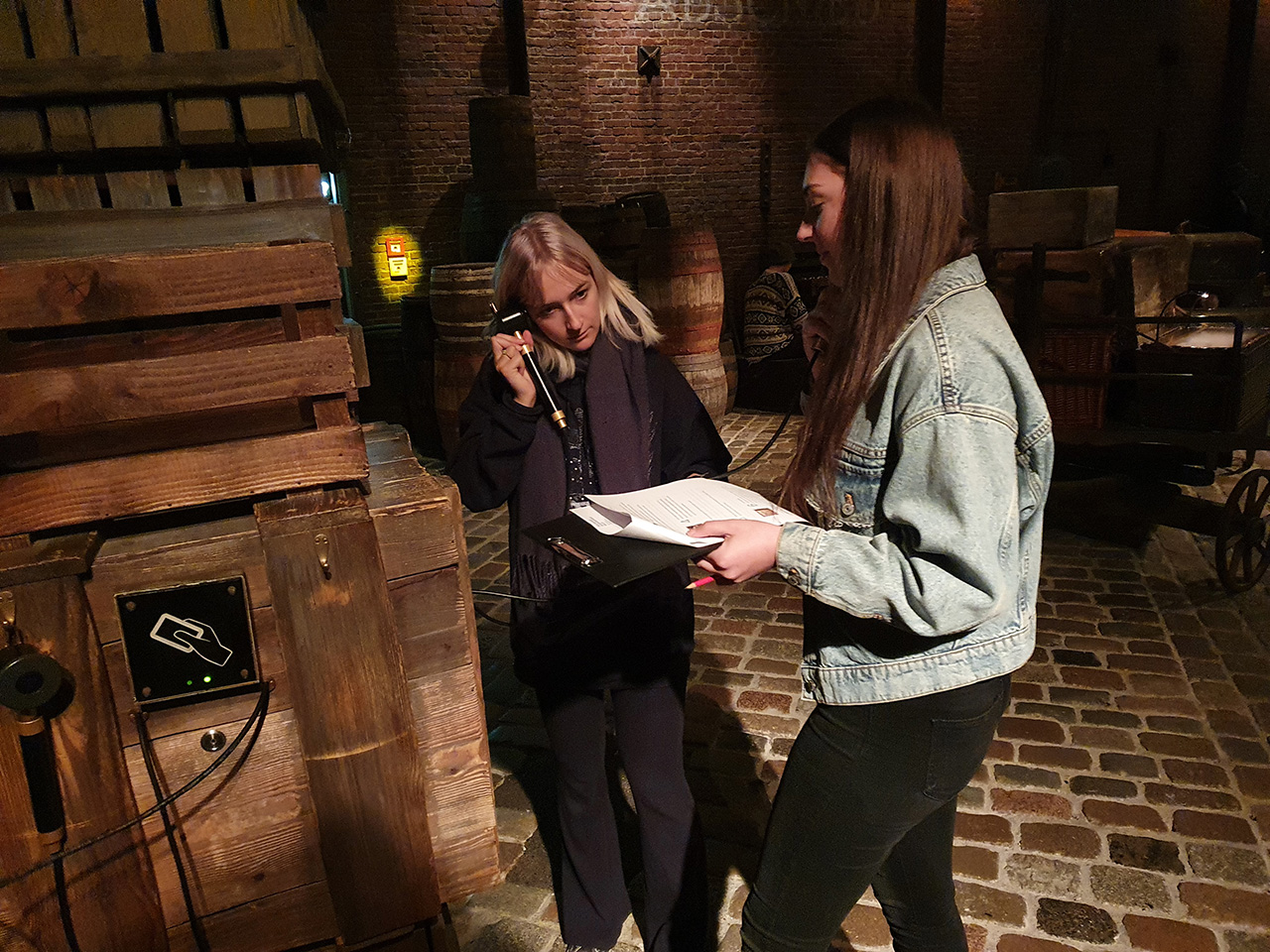 Later, we took a picture in front of the “Die Auswanderer” monument, which is located at Willy-Brandt-Platz at Bremerhaven.

To spend some leisure time and perform tourism, we went to the Kugelbake, which gave us an amazing view and we spotted some penguins in a zoo, and reminded us at the same time, what emigrants saw last, when leaving their home country. 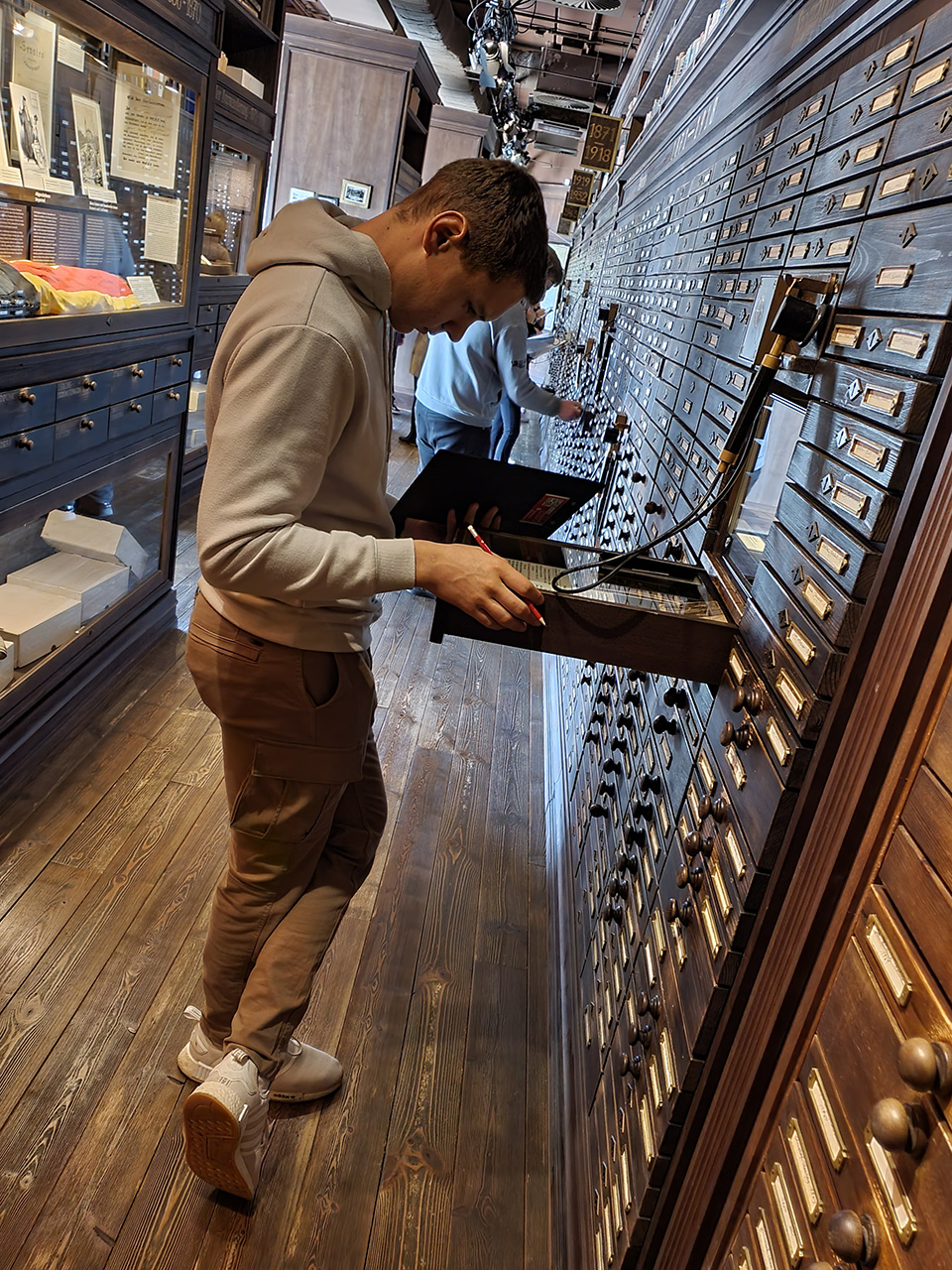 In the next adventurous day, a visit to the “Auswanderer Museum” in Ballinstadt Hamburg took place. A place, where once has been a home for people who emigrated to all around the world, which Mr. Ballin built before World War II. In the museum, there were a lot of emigrant letters and stories of people, who had the biggest courage to emigrate across the globe.

The last activity that day was a tour to the train station, the so-called Hapag-Hallen at Cuxhaven, which emigrants used to pass by before their long voyage.

To sum up, the trip was filled with educational contents and very helpful information for our seminar topic, emigration. We all could enjoy the time together and make progress.

Thanks a lot to our principal Mr Bauer, who approved our field trip, and “Thank you, Förderverein”, which contributed some money for the entrance fees. 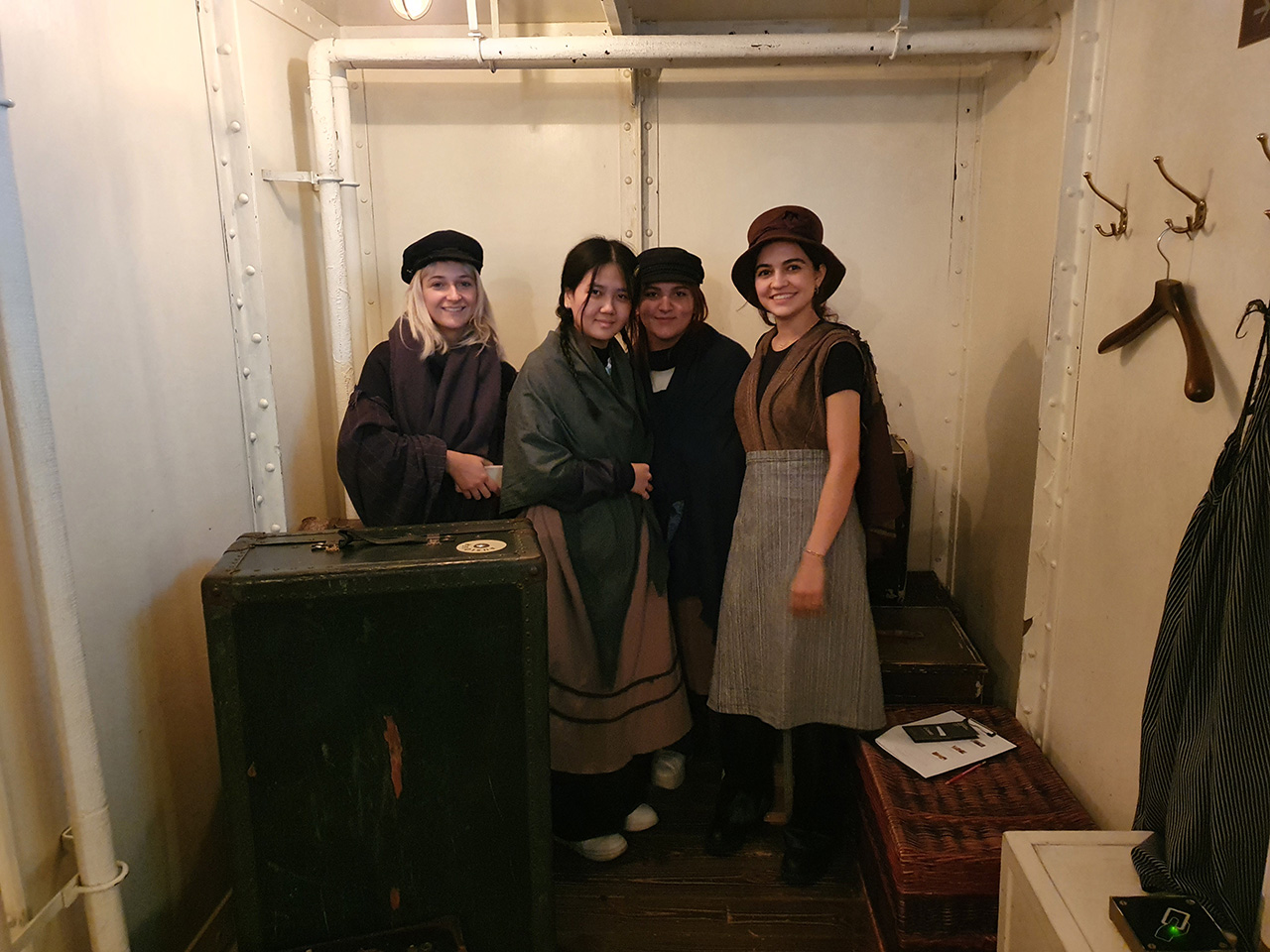 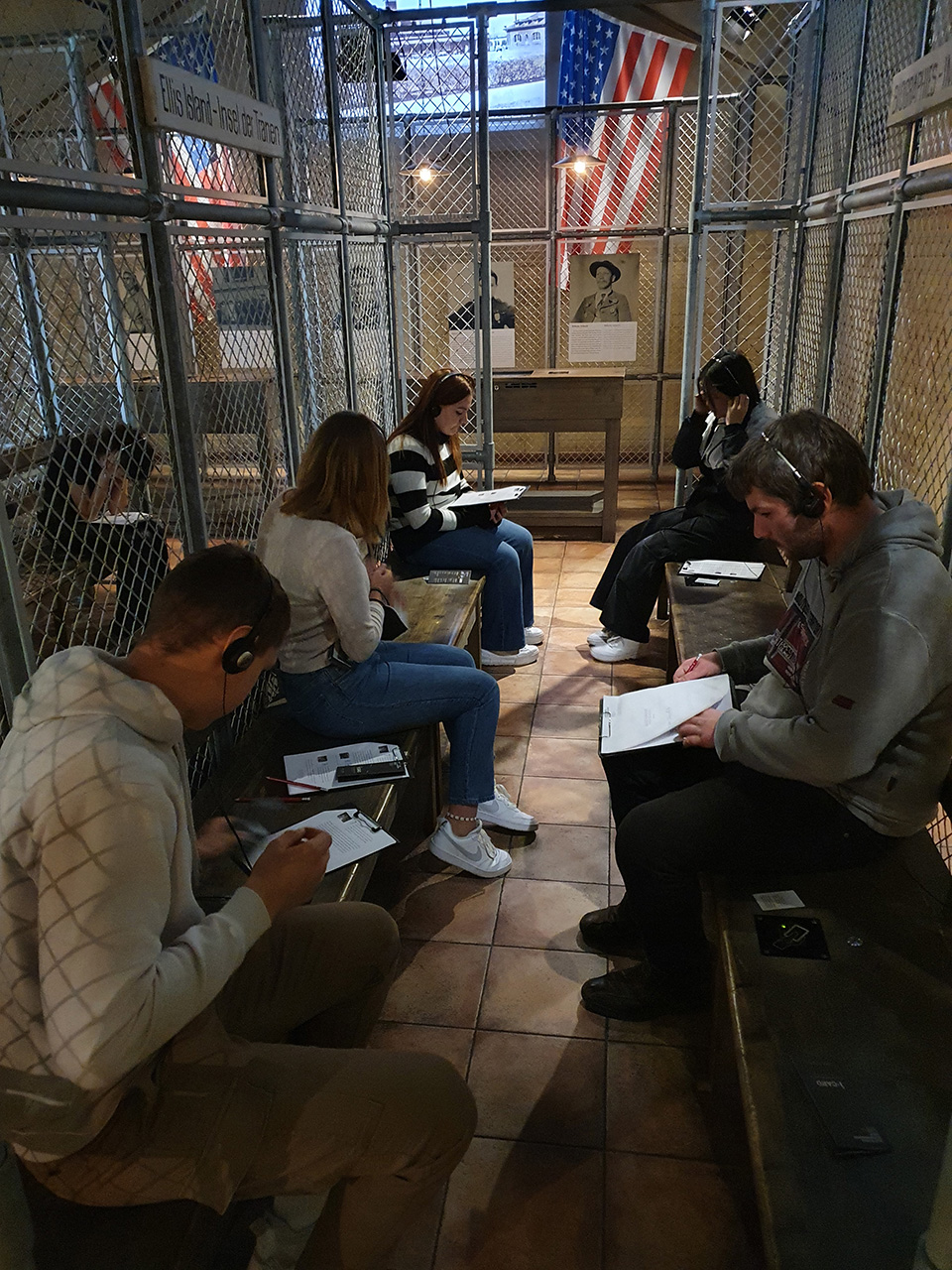 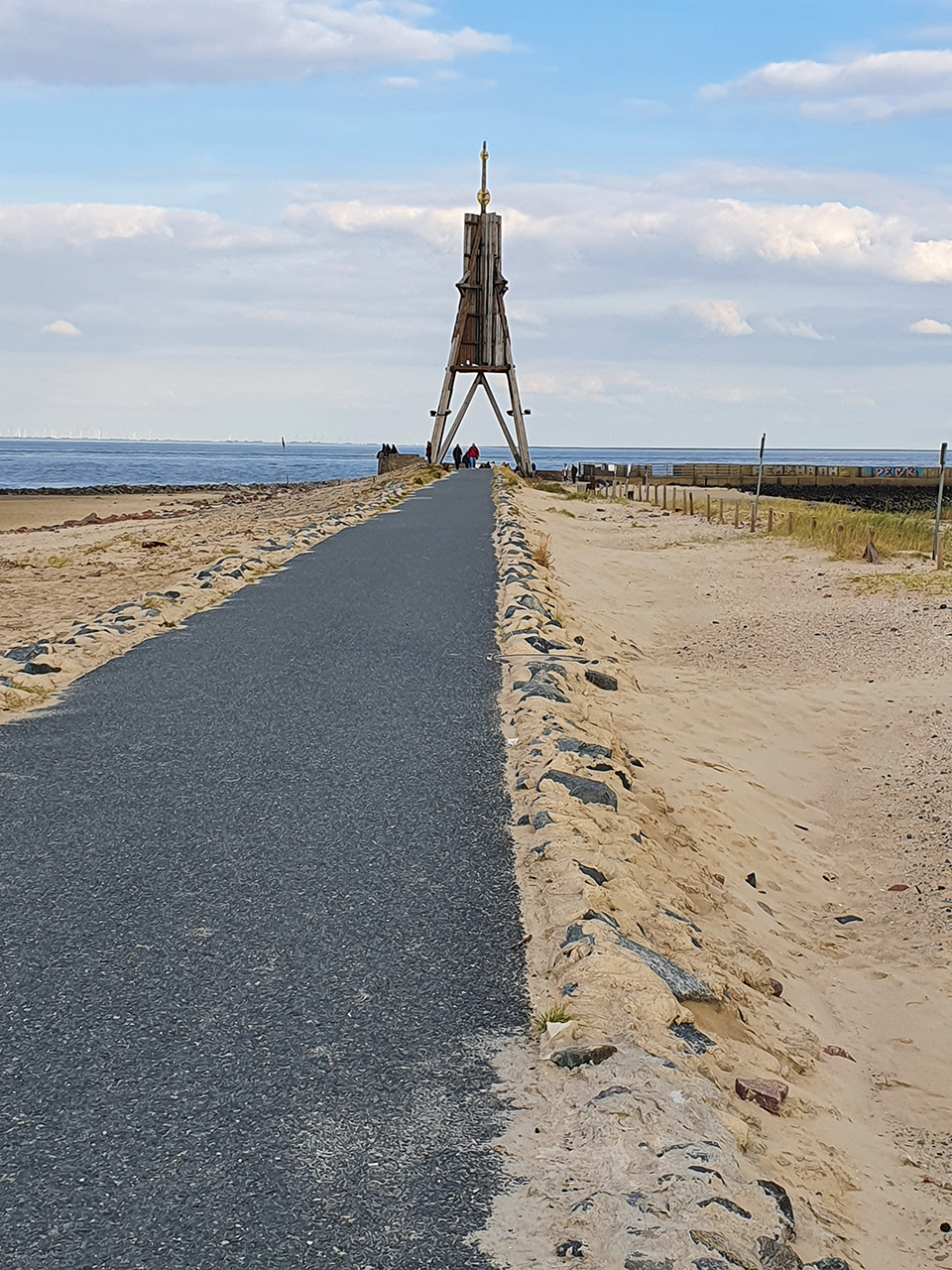 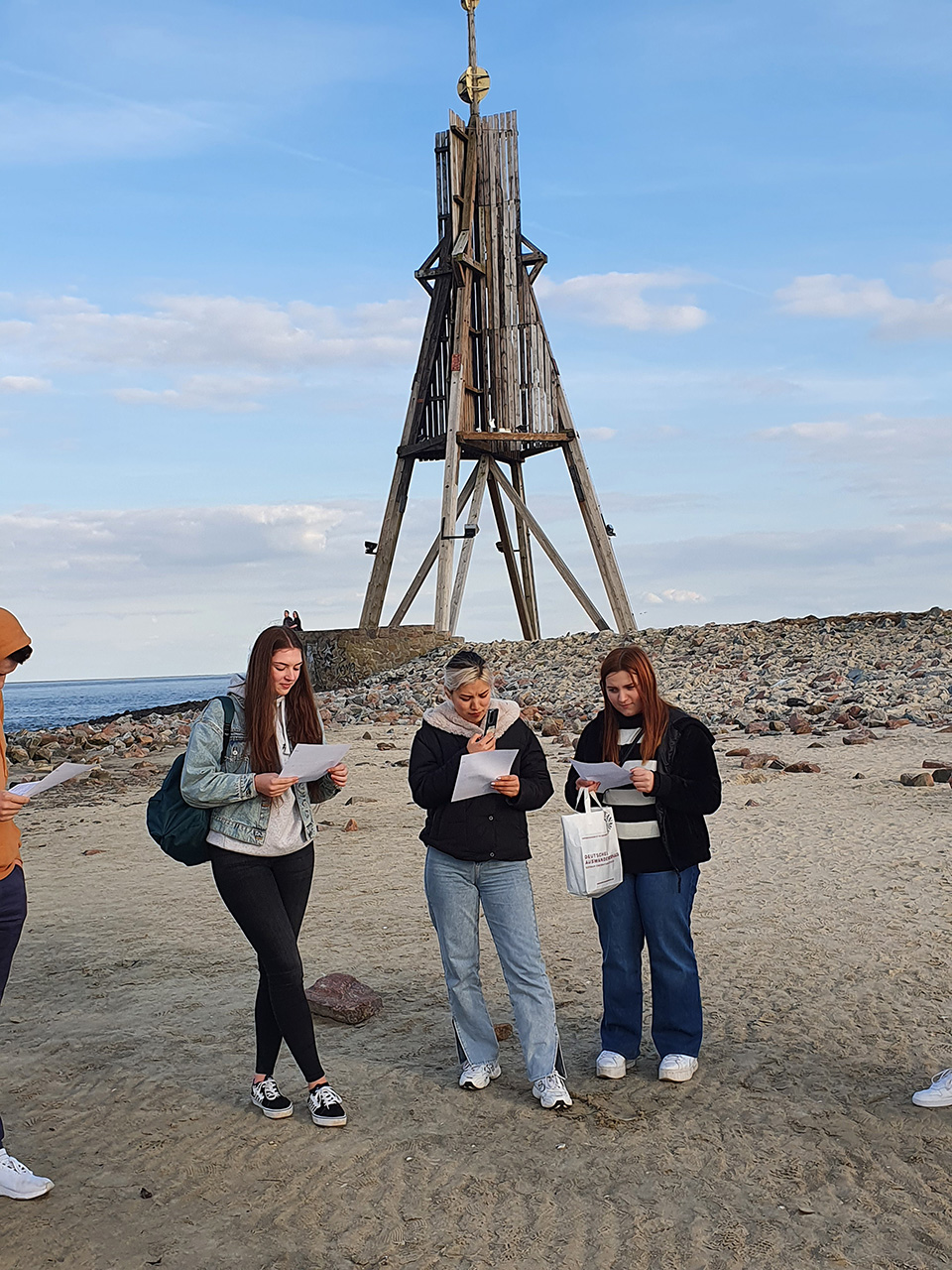 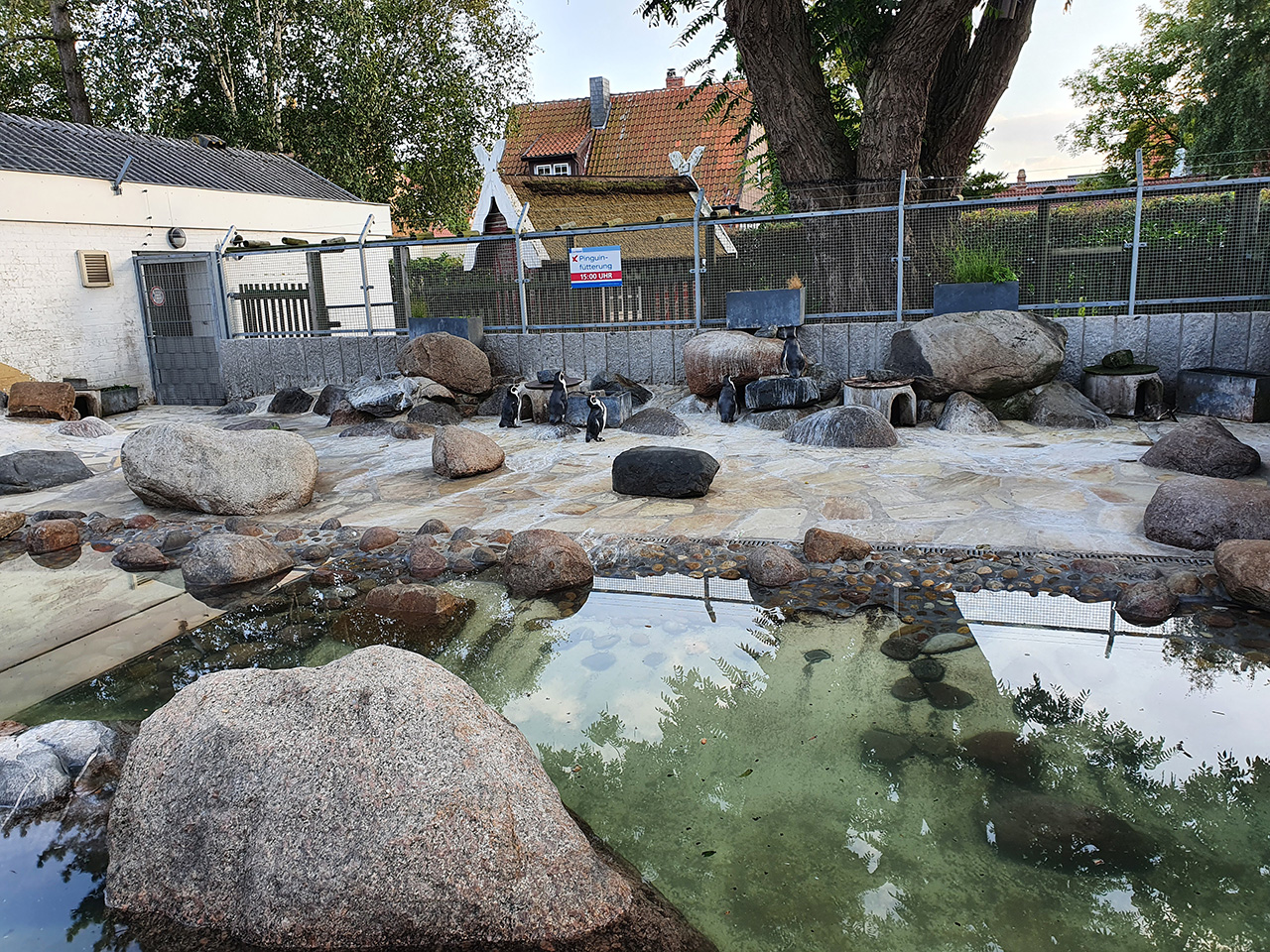 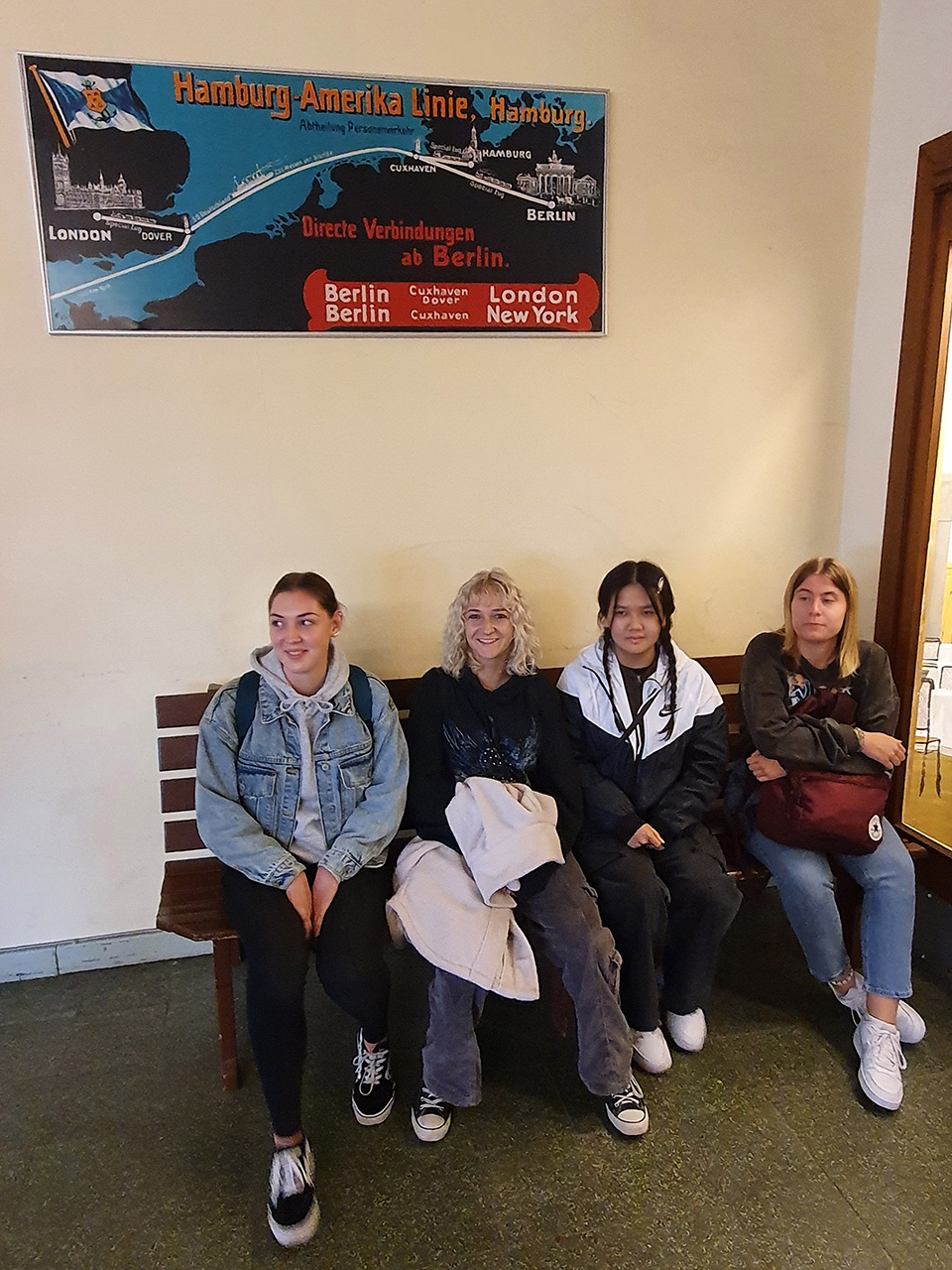